For Muslim students, American University now looks different than it did three years ago.

Restaurants on campus, including the Terrace Dining Room, now offer halal options, meaning food that is allowed under Islamic dietary laws. Kay Spiritual Life Center has a renovated space for Muslim worship. These efforts have been led by senior and Muslim Students Association President Ammarah Rehman.

Rehman was raised in Arlington, Massachusetts, and attended American to pursue international relations. However, upon arriving to college, she found a lack of community, little support from the university and only one location – Subway – offering halal meals.

“It’s a matter of do people know there’s a need and is anyone advocating for it,” Rehman said. “[Administrators] want AU to be inclusive … so if they’re lacking something it’s probably because they don’t know they’re lacking it.”

Previous activists from Muslim groups and other organizations have tried unsuccessfully to convince administrators to improve halal dining options, which is why Rehman took a new approach.

She created a petition and reached out to non-Muslim allies, including organizations like The Eagle, the student newspaper.

Ten months after launching, the petition earned over 600 signatures and attracted the attention of administrators. Now, a halal station is located TDR and halal options may be found in other restaurants on campus.

This summer, Rehman worked to renovate the Muslim prayer room, which originally was converted from a storage space.

With the help of university chaplain Mark Schaefer and Fanta Aw, vice president of campus life and inclusive excellence, Rehman hired contractors to paint the walls and replace the carpet and lighting.

“This was one of the easier campaigns we’ve done at AU mainly because it was in such need of renovation,” Rehman said.

Although she will be graduating in the spring, Rehman hopes to continue her activism by hiring an administrator to advocate for the Muslim community. 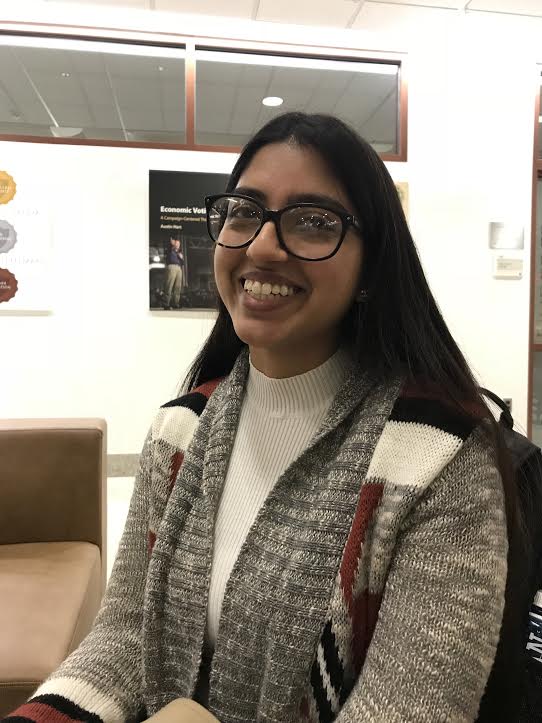