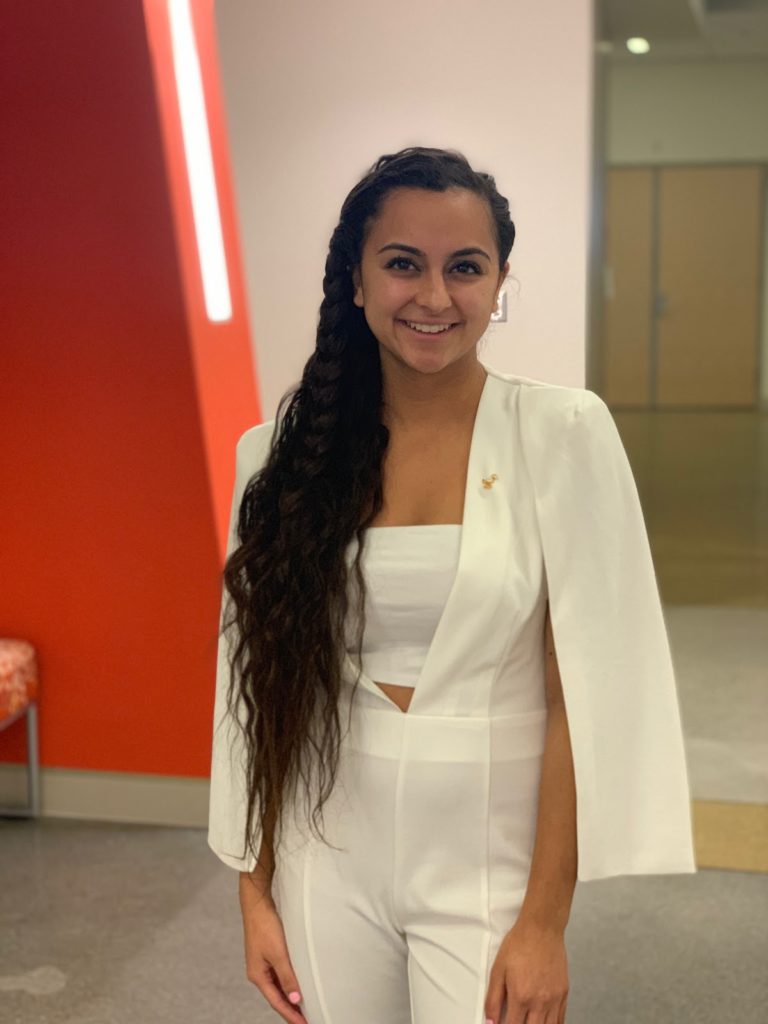 American University has recently gained media attention for the student activism that has taken place on campus. The burning of the American Flag in response to the 2016 election, the Black Lives Matter rally, and the protest against the Westboro Baptist Church have all given AU positive media attention. The student activists on campus have not gone unnoticed.

Mehak Chada is a 19-year-old student activist at American University. Chada is the director general of AmeriMUNC (Model UN), a high school model United Nations conference hosted at American. Chada is also the assistant head delegate of the traveling team of Model UN.

“I lead the team to conferences around the country, where they debate several different controversial topics from the lens of other nations and organize and facilitate practices… I also help plan a Model UN conference for high schoolers,” Chada states.

Model UN is an organization in which students come together at a conference held on AU’s campus to discuss  international relations, diplomacy, and the United Nations (UN). There are over 130 UN Member States that come to address global issues. The next conference in Washington, D.C. will be held on November 8-10 of 2019.

“Model UN gives people all over the world a platform to discuss important issues and brainstorm solutions for them from the perspective of different nations. This allows people to understand the unique motives of setbacks of each nation on different issues.”

Chada is from San Jose, California and grew up as a Sikh American. This is how she became interested in activism and became involved on campus as a young professional.

Chada has grown up believing that everyone deserves respect. “Two of the central values of Sikhism are respect and equality for all people. The importance of this has been ingrained in me from a very early age,” she said.

She is also passionate about environmental sustainability. Chada has a concentration in the School of International Service in sustainability and a minor in sustainability in the business school at AU. “I would definitely say the most pressing issue facing the country is the impending threat of climate change… if action is not taken to mitigate the effects of climate change we will no longer have a planet to live in and enjoy the resolution of other important issues in our nation,” Chada said.

She commented on how Congress needs to take action to approve funding for this cause. “Due to the fact that the United States is currently a significant leader in exasperating the effects of climate change instead of being a leader in mitigating them, it is imperative that congress approves funding to invest in clean energy industries and green jobs.”