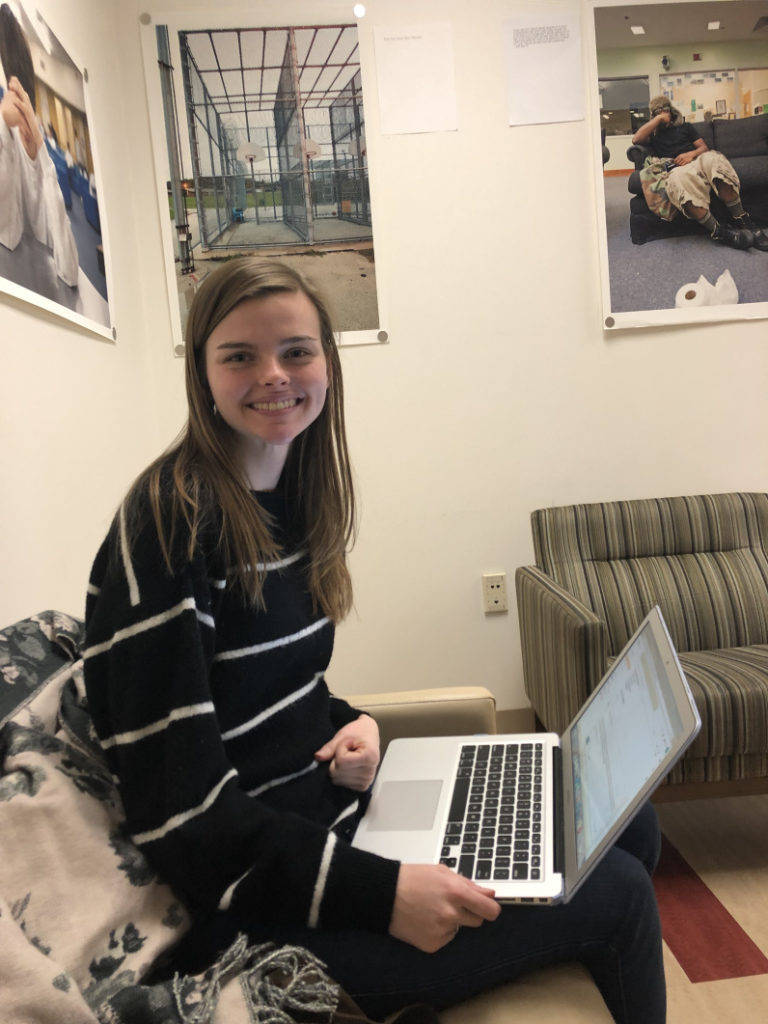 Steph Black will graduate from American University this May with degrees in communication studies and women, gender, and sexuality studies, a newfound appreciation of her Jewish faith – and an arrest record.

Black, who celebrated her third ‘activist anniversary’ on Jan. 23, was arrested for civil disobedience in September while protesting Judge Brett Kavanaugh’s U.S. Supreme Court confirmation hearings with the Center for Popular Democracy Action.

In a viral C-SPAN video, Black is depicted screaming and being removed from the hearing room.

“I stood up, and I just blacked out … and then I spent the day in zip ties,” she said of the moment she interrupted Sen. Chuck Grassley’s (R-Iowa) statements in the hearing room.

Kavanaugh was confirmed to the Supreme Court on Oct. 6, 2018.

Like the many women who felt deeply affected by Kavanaugh’s confirmation, Black said, “it broke me.”

Black, who grew up in a small town outside of Boston, credited her “family of badass women,” with keeping her focused on her goals.

Raised in what she called a “relatively secular” Jewish household, Black said she experienced a sort of enlightenment upon coming to college in 2015. She is involved in AU Hillel and said she views her activism and Judaism as one in the same.

“Activism is incredibly impactful, and incredibly spiritual. I always say that I’m a Jewish feminist, and a feminist Jew.”

Black said she regularly meets with younger students over coffee to help them navigate D.C.’s political scene. Her advice for other college-aged activists? Donate your money or your time.

She said students should attend rallies for issues they’re passionate about.

“Sometimes you just feel that spark, and it has nothing to do necessarily with what you’re protesting, and everything to do with the passion you feel.”

Black also says it is essential that Democratic candidates not shy away from progressive platforms in the upcoming 2020 election.

“It’s mind boggling that there are potential presidential candidates running on a Dem platform that won’t [embrace progressive platforms]. This does nothing but further fracture a Democratic front against the horror show that is the Republican Party.”