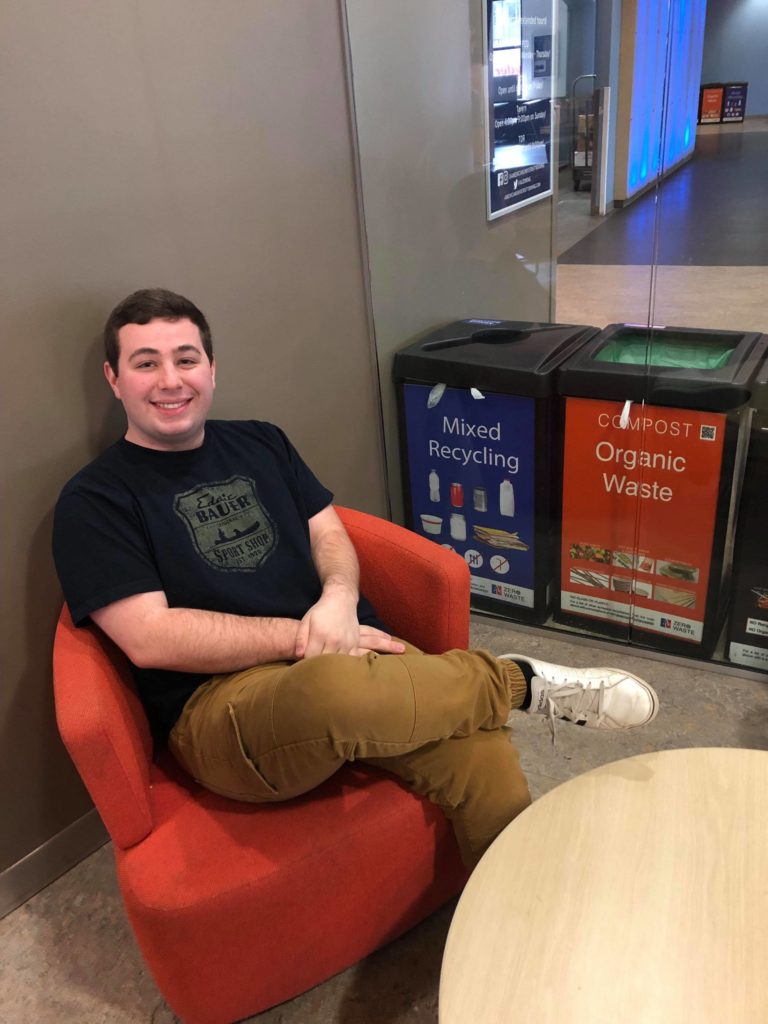 Passing a tabling event during Welcome Week at the beginning of last semester, Shipp said he was introduced to former co-presidents, Caroline Johnson and Grace Pugh. With predominately senior members, Shipp said the Zero Waste Club’s executive board was worried it would die out when their members would graduate in May 2019.

“I looked at the list of clubs and it wasn’t something that caught my eye but I started talking to [Johnson and Pugh] and something just clicked, and I realized this was something I wanted to do,” Shipp said.

“Admittedly, I didn’t know much about the concept of zero waste,” Shipp said. “I knew about AU’s sustainability goals but I think this is something that isn’t talked about because people think if they’re composting and recycling, they are fine but it’s more about reducing consumption.”

Identifying as a student activist, Shipp said he was happy to take a leadership role because it enabled him to act on the knowledge he had before coming to college, although there was no formal zero waste club at his high school.

One of the projects Shipp spearheaded at his high school as student body president was an initiative to switch the plastic silverware used in the cafeteria to metal.

“[The high school] had them but wasn’t using them, so you could say I was getting my feet wet in terms of zero waste and environmental awareness at the high school level,” Shipp said.