Washington – Eli Pine is a member of the Young Democratic Socialists of America chapter at American University. The national group now has over 25,000 members, and chapters in hundreds of colleges and high schools across the country.

Pine, a freshman majoring in international studies, openly identifies as a “democratic socialist,” he said he believes in an “equitable society, focusing on eradicating classism, racism, sexism, all kinds of things that keep people from reaching their full potential.”

The problem, according to Pine, is that “capitalism breeds inequality, which can only be eradicated through a socialist society.”

He said this in a crowded coffeeshop and receives glances from people sitting around him.

According to him, Pine’s background gives him good reason to believe in these causes. He grew up in Burlington, Vermont, a hometown he shares with Senator Bernie Sanders, perhaps the country’s most famous democratic socialist.

“In high school, I was part of the ‘Social Justice Union,’ we raised a ‘Black Lives Matter’ flag on campus, that was a turning point where I realized that was what I wanted to do,” he said.

The flag-raising would go viral on the internet and be covered by national news networks.

On campus, Pine has become more involved with the YDSA. “Last semester, there was a big union effort to get a worker his job back.” This worker was Anthony Randolph, a contractor with Aramark, a general service provider. He had been fired at the beginning of the semester, ostensibly because of unpaid parking tickets.

“We really pushed the AU administration to let this guy have his job back, and eventually it was successful, but it took tons of union organizing,” Pine said.

Pine identifies the two biggest problems in the country. “A combination of white supremacy and wealth inequality have created a society that is unjust,” he said. 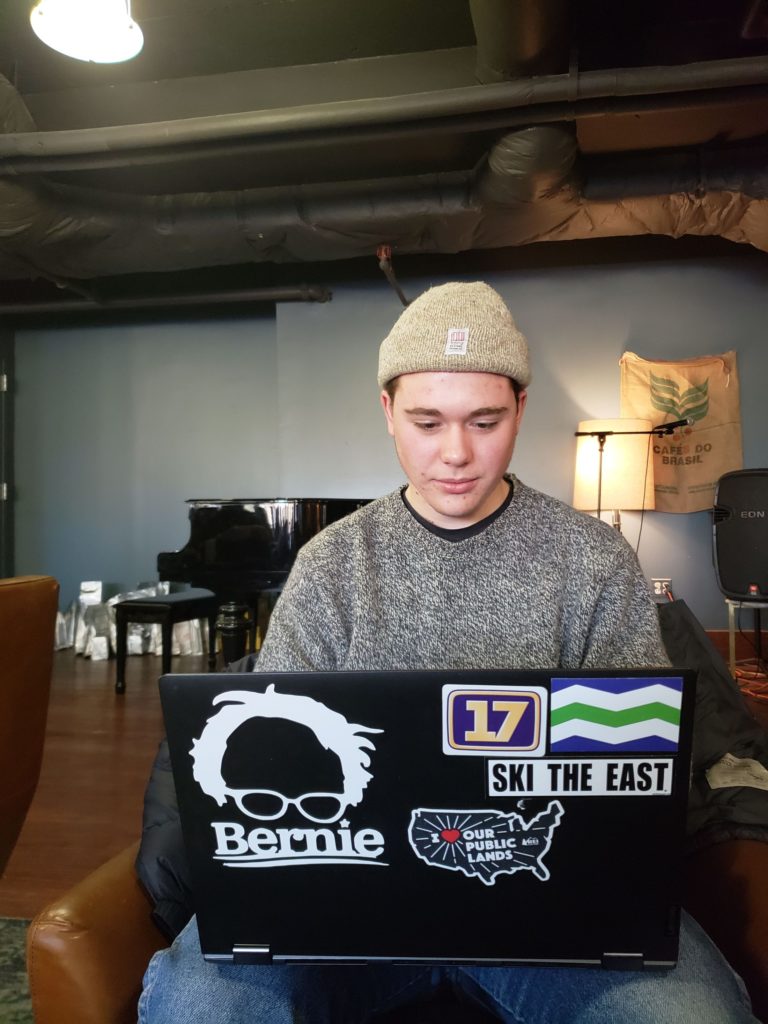