The American Forum is a TV, online and radio series that speaks to—and from—young people, engaging them and reflecting their voices on issues they care about, in politics, media and popular culture.  The American Forum is produced by American University’s School of Communication in Washington, D.C.  With award-winning journalist and professor  Jane Hall as longtime executive producer and host, the American Forum has been produced as a series of live topic-driven townhall specials on campus and on WAMU public radio in Washington, D.C., as one-on-one interviews in studio for NBC4 TV in Washington, D.C., at the Newseum, and as interviews and town halls produced for video and online in the studios of the School of Communication.

The American Forum has been one of the first programs to raise important questions of special interest to young people, from the role of late-night comedy in politics to sexual harassment in politics and media, media depictions of Islam, and the lack of diversity in race and gender in Hollywood filmmaking.   Prof. Hall has worked with students and student groups to produce programming that connects  students for  dialogue and exciting events on important topics with prominent newsmakers, including CNN’s Jake Tapper and Anderson Cooper, Washington Post editor Marty Baron, Anita Hill, Donna Brazile, NBC’s Chuck Todd, civil-rights leader Julian Bond, Univision anchor Maria Elena Salinas, Sen. Bernie Sanders, political strategists Ana Navarro and Patti Solis Doyle and Donna Brazile.   Many of our American Forum town halls have centered on students’ participation and views on both presidential and Congressional midterm elections, from “Youthquake ‘08” to the 2018 midterm elections.

The American Forum has been broadcast on C-SPAN, Kuwait TV and other venues in addition to public radio and NBC4 in Washington, D.C.  Politico, the Washington Post, USA Today and other publications have written about our programming.  During the 2008 presidential election, Professor Hall developed and oversaw a year-long editorial project with the Washington Post and students that was published in the Post.   The 2018 American Forum on young people and the midterm election includes student-produced interviews, research and social media that is published online and reflected in the dialogue with panelists. 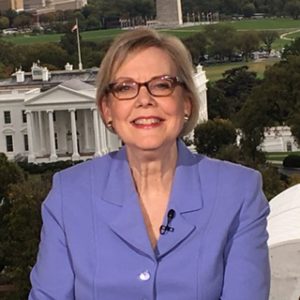 Jane Hall is moderator and executive producer for the long-running American Forum radio and TV series in Washington, D.C. During her career, Hall has interviewed many TV anchors, news and entertainment executives, talk-show hosts, senators, celebrities, authors and other prominent figures. Professor Hall is a professor in journalism and media studies in American University’s School of Communication. She specializes in media and politics, particularly issues of special interest to young people, the depiction of women in media and politics, media ethics and popular culture. A former weekly commentator on Fox News Channel, she regularly appears as a commentator and media expert on CNN’s “Reliable Sources,” MSNBC, PBS, NPR, C-SPAN and other TV networks. Before coming to American University, Hall was a journalist covering the news media in New York for the Los Angeles Times, where she won numerous awards for her reporting, including being a finalist for the Pulitzer Prize.

Professor Hall’s op-ed for the New York Times about Fox News, sexual harassment and politics was widely quoted, as is her commentary on TV and radio. She is a frequent contributor to Columbia Journalism Review, the Harvard International Journal of Press and Politics and other publications; and she is frequently interviewed about media and politics by the New York Times, the Washington Post, AP, Politico and other outlets. She has written the chapter about the status of women in media for the two-volume Sage reference book Gender and Women’s Leadership, and her co-authored survey of self-censorship by war correspondents in Iraq as well as her other writing about media and politics are regularly cited and have had impact.

Prof. Hall teaches courses in advanced reporting and media studies, including politics and the media and a large freshman course about mass media and popular culture. She has collaborated with news organizations on numerous projects, and she is a popular moderator of events in D.C. and New York. In 2014 she was chosen Professor of the Year by AU student government for her work with students, and again in 2018.

A native of Abilene, Texas, Prof. Hall earned her undergraduate degree from the University of Texas at Austin and her master’s from Columbia University’s Graduate School of Journalism. She is a member of Phi Beta Kappa. 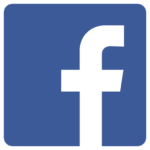 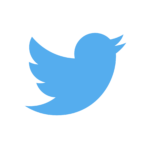