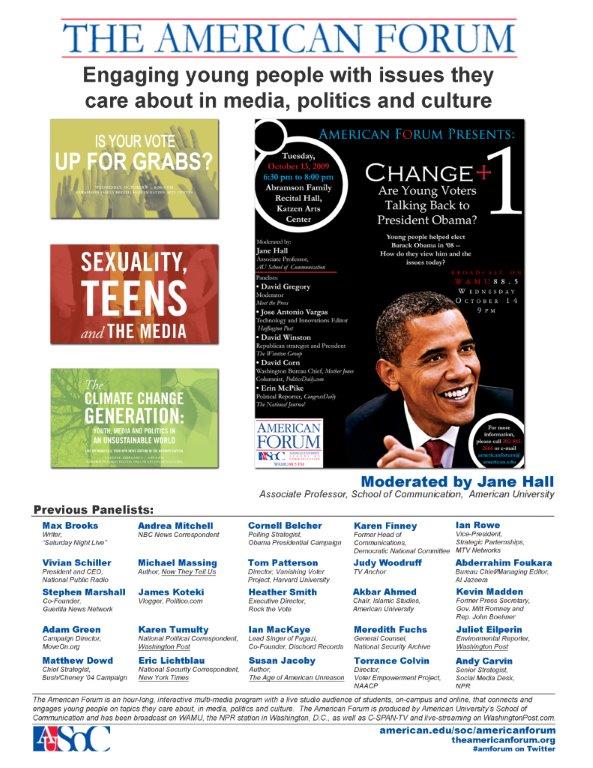 Youthquake ’08: How Millennials are Shaking up the Media, Mavericks and History-Makers this Election

The American Forum’s Jane Hall sat down with civil rights leader Julian Bond for a student town hall at American University to discuss numerous issues in connection with of the Martin Luther King Jr. Memorial dedication.

Bond has been a social activist and a civil-rights leader since he was a college student in the South in the 1960s. Bond studied with King; and he was a founder of the Student Non-Violent Coordinating Committee, which played a major role in civil-rights marches, Freedom Rides and voter-registration drives in the 1960s.

He is also chairman emeritus of the NAACP and an author, poet and professor.

Bond engaged with American University students and Hall about his own work as a young civil rights leader, women in the civil rights movement and what young people know – and don’t know – about the legacy of King and civil rights. He also challenged the students to become involved in the great social issues of their time.

You can watch all three segments of the show below:

Martin Baron–who led the Boston Globe investigation into the Catholic Church child sex-abuse scandal that is the focus of the Oscar-nominated movie “Spotlight”–sat down with American University professor Jane Hall, students, faculty and alumni to discuss the movie and the issues it raises. Hall spoke with Baron about the story behind “Spotlight” and why it is resonating not only with journalists and the general public, but also with abuse survivors. 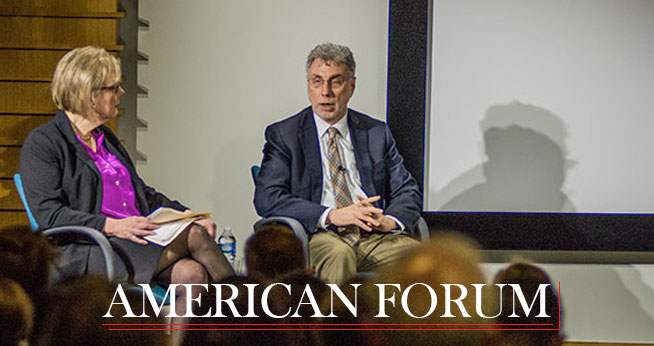 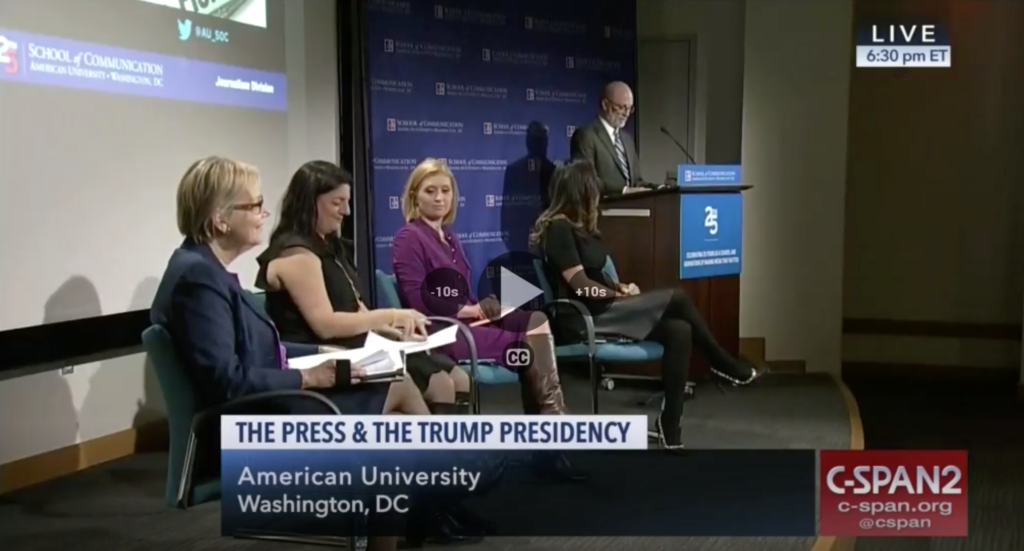