American University Mental Health Initiative president Lilli Specter said that a politically active campus like AU needs to do more to promote mental health care and is working to create a community for students on campus.

Specter said the first time she learned about AU’s mental health resources was during her freshman orientation last year. “The only thing they really touched about that, besides resources when talking about mental health, was that you should just keep taking your medicine. Like, that was about it,” she said. 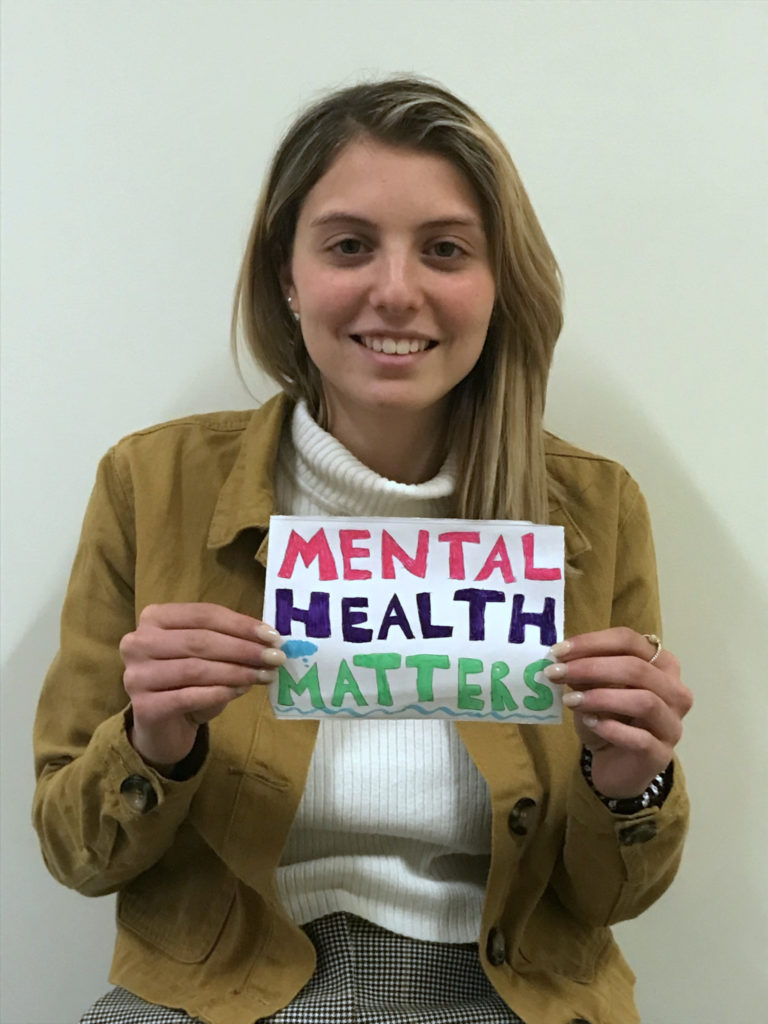 Specter said not all students have the ability to visit their support systems from their hometowns and emphasized the importance of mental health resources for students on campus. “I’m from Philadelphia so it’s easy for me to get home, but I feel like for a lot of people, they’re not able to have that type of thing where they can just leave, rejuvenate and come back,” she said.

AUMHI formed during the fall 2017 semester to advocate for and improve mental health services on campus. The organization spent its first year talking to high-ranking officials in the administration to try to expand access to and increase hours for counseling services on campus.

“Basically, we got very high up to where the administration told us they couldn’t really do anything about how the counseling center was running, that it was a funding issue, and that there wasn’t really much for a student organization could do,” Specter said.

Specter said that AUMHI decided to hold mental health dialogues and open discussions every month, where students talked about topics from stress and final exams to relationships. This semester, the organization planned events with multicultural organizations, including AU Pride, Black Wellness, and the NAACP.

Specter also said that because marginalized communities have the highest rates of mental health issues, her goal is to make AU a place that is not only safer for people with mental health issues, but anybody. “With a lot of pressure on students, people can forget self care,” she added. She cited legislation in New York that requires students to take classes on mental wellness in certain schools, adding that making self care a priority can help others, especially students, value self care more.

“People have to think about self care as a part of their work ethic and fit it into their lives,” she said.